Another year has gone by – another year that seems to have been a single all-consuming cyber-disaster. 2017 has been so bad for information security that it’s hard to even visualize separate security incidents.

It can be difficult to balance the sea of discouraging headlines against the actual metrics. The media pays so much attention to the intricacies and ramifications of individual cyberattacks that the long-term trendlines get absolutely buried. One good analogy is the landscape of American crime – crime rates have been dropping for decades, but most Americans actually believe crime is going up.

Cyberattack rates have not been dropping – but they’re also not climbing as fast as you might think. Here are some surprising facts – and some not-so-surprising facts – about this years data breaches as compared to the years before.

Are Data Breaches Leveling Off?

Last year, in 2016, there were 1.3 billion records stolen, part of an estimated 9 billion records that had been stolen since 2013. This year, approximately 1.4 billion records were stolen – an increase of “only” 100 million over 2016. By way of comparison, the increase in 2016 was 600 million versus the previous year. 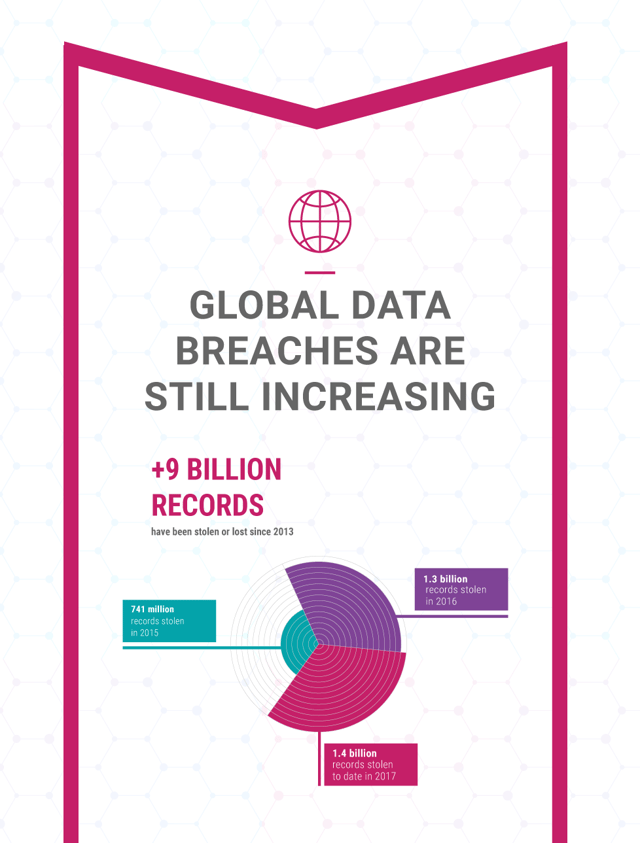 Don’t be So Quick to Trust the Data

Unfortunately, there’s no reason to break out the champagne just yet. While the apparent plateau in data breach levels looks heartening, there are a number of reasons why this isn’t an immediate case for celebration, or even optimism.

First of all, even if the absolute number of stolen records never rises again, 1.4 billion records per year is a staggeringly huge number. It’s enough to expose the records of every man, woman, and child on the planet Earth in less than six years, for starters. Since data breaches don’t exactly work that way (and not every person is connected to the Internet), here’s another way to think about it:

Every year, a criminal that you don’t know, and who explicitly wants to steal your money, knows a little bit more about you. Maybe two years ago they only had your login information for a defunct social network. This year they probably stole your social security number.

If information security professionals are to truly succeed in protecting customer data, we can’t just let the number of breaches plateau. We need to actively work to make breaches rare and mostly harmless. For more information on the rate of security breaches and how they compare year over year, check out the new Safe-T infographic today.

Back in 2010, John Kindervag, the then-principal analyst at Forrester, coined the term Zero Trust. The idea behind this edgy-sounding concept was that when it comes to network security, nothing can be trusted and everything — and everyone — should be verified.